UCR Receives Funds from CABEI for a Clean Energy Project

The Center for Research in Electrochemistry and Chemical Energy of the University of Costa Rica (CELEQ-UCR) received a non-reimbursable technical assistance of $ 80,000 (₡44,360,000 million colones) from the Central American Bank for Economic Integration (CABEI), to develop a renewable energy project. 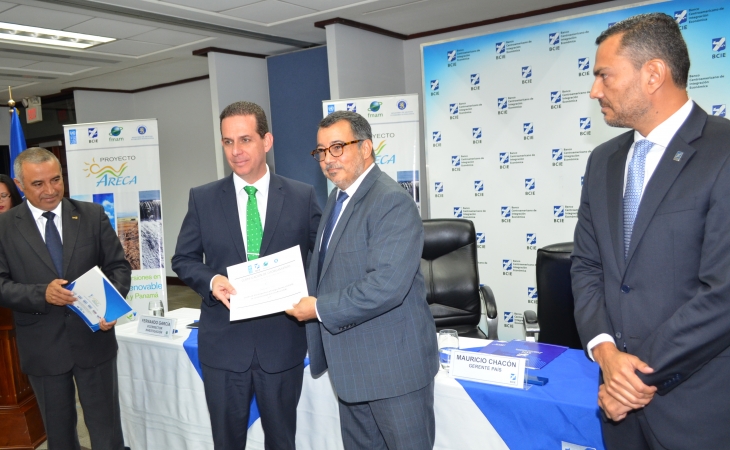 The resources will be used for the acquisition of the necessary photovoltaic equipment in the installation of solar energy generation storage systems.

According to the people in charge of the project, it is intended to carry out a pilot test to determine optimum conditions for efficient energy storage, overcoming traditional variables (such as lead batteries).

With the results, a database will be obtained, as well as an instruction manual that will be available to the university community and the general public. And on the other hand, the installation of the photovoltaic equipment will also supply the building with clean energy; the savings obtained in the energy bill can be used by the Institution in other activities.

According to Mario Molina-Porras, one of CELEQ researchers in charge of the project, the initiative will promote green energy investments, showing the applicability and functionality of the lithium and vanadium flow batteries as energy storage media generated by polycrystalline silicon photovoltaic panels and showing the functionality of the DSSC cells in securing radiation in conditions and positions not ideal for the photovoltaic systems commonly used.

With the batteries and silicon solar panels, three systems will be implemented which will supply a fraction of the electrical energy of the CELEQ building; however, each system can be individualized and configured in such a way that it reproduces what happens in a system disconnected from the network, such as could be used in a community that is not covered by the distribution network.

This will allow evaluating and comparing the performance of three battery systems with different concepts in their operation and energy storage: lead, lithium, and vanadium.

Lithium batteries and vanadium batteries (a type of flow batteries) are increasingly marketed and studied worldwide and market projections place them at prices lower than those of lead in the not too distant future.

“The panels or DSSC cells are photovoltaic systems not based on silicon.  They have been studied at the laboratory level and are increasingly implemented in mobile and decorative devices, as well as some developments in buildings with applications of energy capture incorporated into the architecture,” explained the researcher.

Once developed, the project will be announced in other educational centers at a technical and professional level and the information collected will be shared with professors and students from related majors and through the Research and Development Network in Energy Efficiency and Renewable Energy (RIDER).

It is estimated that the project will benefit approximately 200 students of courses with topics related to renewable energies or environmental issues through lectures and demonstrations and 15 leaders from isolated communities in the country.

The official presentation of resources was made on Thursday, February 16, 2017 at the Central American Bank for Economic Integration headquarters in Costa Rica (CABEI) located in San Pedro de Montes de Oca.

Dr. Fernando García-Santamaría said that UCR has always been characterized by being at the forefront in generating new knowledge, but above all that it be useful to our society.

This project affects the three substantive areas of our institutional work. In the field of teaching, it will make it possible to prepare teaching materials for the courses and training activities offered to students and users of photovoltaic systems.

In research, the data obtained will allow us to evaluate the costs, efficiency and viability of implementing these technologies outside the Institution and finally through social action, we will disclose the knowledge so that these technologies can be used by Costa Ricans to generate clean energies that contribute to the development of their communities.

"For UCR, it is an honor to be part of this cooperation, it seems to me that this alliance is strategic to coordinate efforts with our human resources to develop topics of great relevance for the country," said Dr. García.

When presenting the donation, Dr. Cortés said that CABEI is making an effort to give greater emphasis to the environmental issue because our region is one of the areas of the planet where the impact of climate change will be felt with greater intensity,” the official added.

Dr. Carlos León-Rojas, CELEQ director, explained that this project lasts for two years and “it comes to develop all the research we have always done in the field of fuels and especially in alternative sources of energy that has been one of the main lines of the Center.”

These funds were managed through the project “Accelerating Investments in Renewable Energy in Central America” (ARECA), a tripartite initiative of the Global Environment Facility (GEF), the United Nations Development Program (UNDP), the Ministry of Foreign Affairs of Finland, and CABEI as executing agency. It supports the funding of small renewable energy projects under 10 Mega Wats (MW).

As reported, so far, through the ARECA Project, CABEI has granted 22 technical aids for $ 1.5 million dollars in renewable energy topics for Central America. 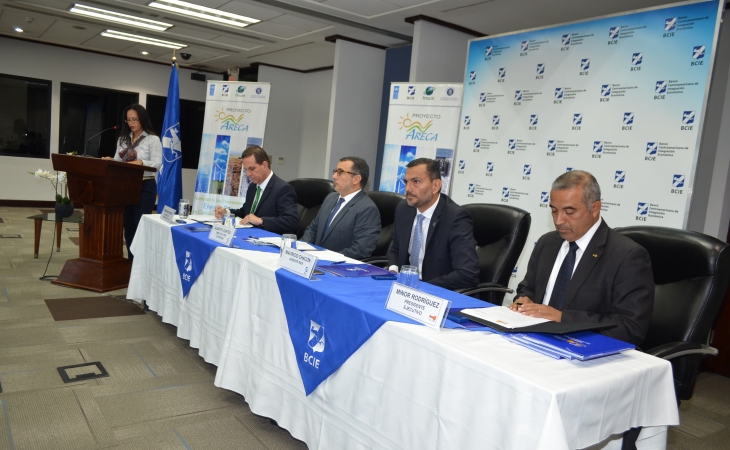 The official presentation of the technical assistance was held on Thursday, February 16, 2017 at the CABEI headquarters for Costa Rica located in San Pedro, Montes de Oca.