Due to its agricultural production model, Costa Rica has high pesticide use rates. A project financed by the European Union seeks to train Costa Rican researchers to contribute to reducing the pollution generaDr. Carmen Sans-Mazón (glasses), international coordinator for the project during a field trip organized by CICA in the Cartago area.ted by these products. 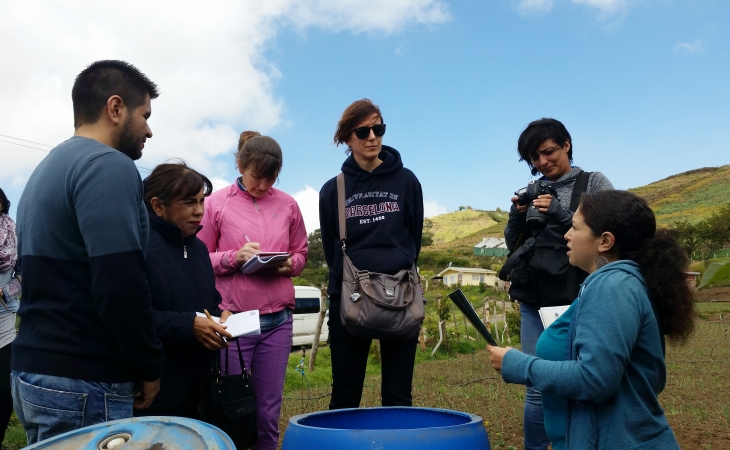 Dr. Carmen Sans-Mazón (glasses), international coordinator for the project during a field trip organized by CICA in the Cartago area.

The initiative is called "Knowledge for Pesticides Control" (KNOW PEC), and it has as its main objective the creation of a multidisciplinary research network to learn about pesticide contamination and control its impacts on aquatic ecosystems.

The project started in 2015 and extends for four years. It is financed by € 500 million euros granted by the Marie Slodowska-Curie Actions fund with the participation of four European and three Latin American academic institutions.

In the case of Costa Rica, the national counterpart is the Centro de Investigación en Contaminación Ambiental [Environmental Pollution Research Center] of the University of Costa Rica (CICA-UCR)

As part of the mobilities defined in the project, Dr. Carmen Sans-Mazón, professor and researcher at the Department of Chemical Engineering from the Faculty of Chemistry at the University of Barcelona, Spain, and international coordinator of the project, remained for two weeks at UCR.

Her experience and research interests are focused on the field of environmental engineering, mainly in the treatment of domestic and industrial waters by advanced oxidation processes and their integration with biological systems.

According to the expert, the initiative she leads has a fundamental emphasis on the training of researchers, who will have seven months of internships in the seven institutions that participate in the initiative.

This will allow the participation of at least nine researchers from the CICA, as confirmed by its director, Dr. Carlos Rodríguez-Rodríguez, who is also a representative of the KNOW PEC project at UCR.

Each of these institutions has an area of specialization in which it stands out and the idea is for researchers to improve their training in the analytical part, risk analysis, toxicity and treatment systems.

Precisely the project prioritizes the study of pesticides in the natural environment, mainly in water.  It seeks to collect data to identify the amount of pesticides in water streams, relate the use of pesticides with toxicities and the effects they have, make risk studies to define priorities and propose mitigation strategies.

Dr. Sans said that this project is very important for the participating countries because "it will allow us to show the situation regarding contamination with pesticides in different countries, mainly in Bolivia, Argentina and Costa Rica.

“The idea is to use the experience and knowledge of the researchers and use it to help develop a diagnosis of the situation in our countries: levels of pesticides in water bodies, risks and possible ways of treatment to minimize their effect.”

"The problem with pesticides is that they have been used, are still used and will continue to be used because agriculture still depends a lot on these products.”

“Therefore it is important to see the consequences of this, that we evaluate the risks and develop alternatives to reduce their use,” added the Spanish researcher. 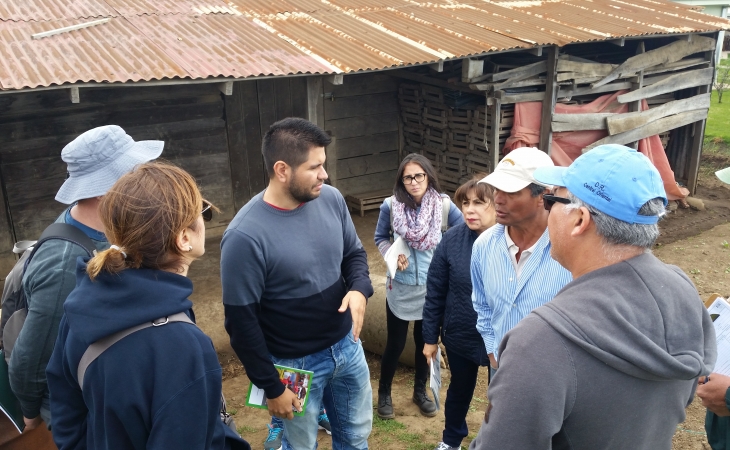 Dr. Carlos Rodríguez -Rodríguez (center), representative of the KNOW PEC project at UCR, said that CICA offers training to farmers to improve the use of pesticides and reduce pollution.

Regarding the participation of CICA, Dr. Sans said that the Unit was selected to participate in the project because it is a reference center renowned worldwide by the research conducted in the field of pesticide contamination in Costa Rica.

Precisely CICA's mission is “to contribute to improving the quality of the country's and Latin America's environment through research, social action activities, training, teaching and provision of analytical services in water quality, air quality and pesticide residues,” details its website.

According to Dr. Rodríguez, contamination by pesticides is one of the oldest research lines of CICA. “We have done research in environmental monitoring, surface water and sediments.”

"Regarding the social aspect, we have a socio-environmental research unit that seeks to bring the knowledge generated to the main actors, which in this case are the producers. As long as they are trained in good agricultural practices to reduce the application of pesticides or reduce the risk, the greater the impact it is going to have on the improvement of the use of these agrochemicals,” said the researcher.

“The creation of the network between European and Latin American countries allows us to establish research contacts to develop future projects and seek new financing.”

“And evidently, the training of researchers provides a benefit for the University because through these internships graduate and postgraduate theses are being written at UCR. In addition, this project is generating scientific publications,” concluded the academic. 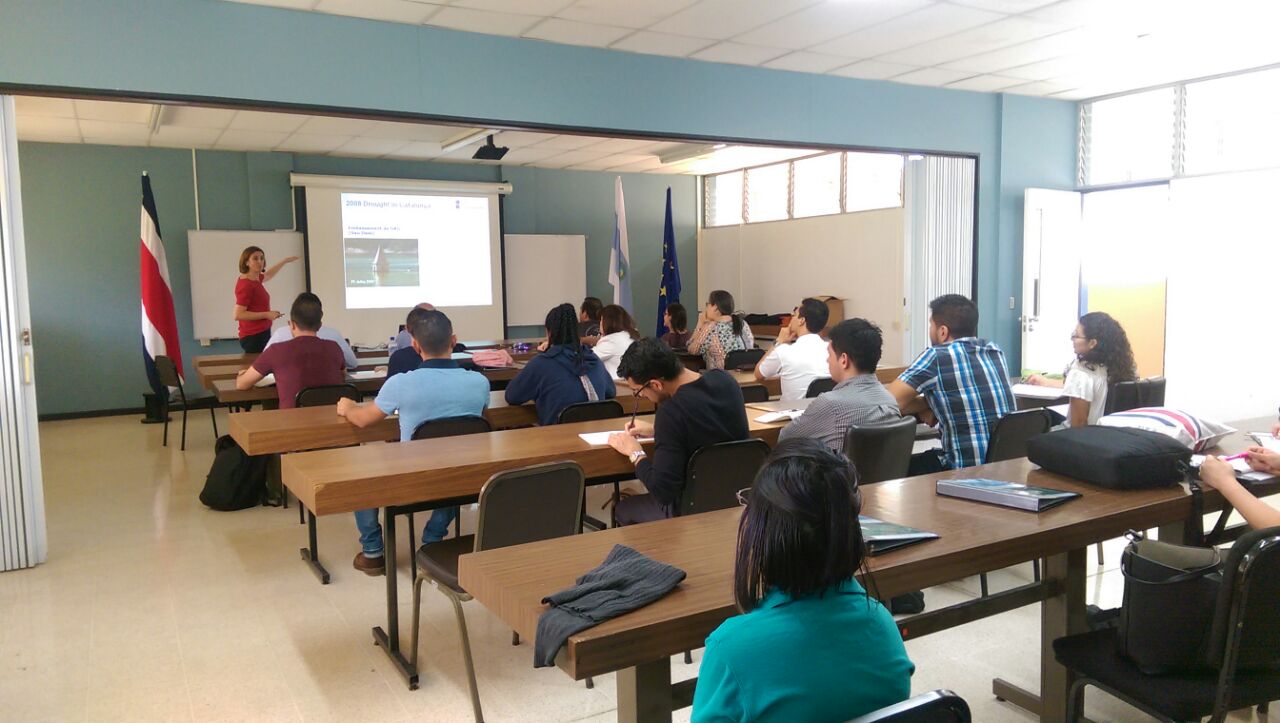 In the context of the project, Dr. Sans has lectured on her specialty at the University of Costa Rica. Photo: CICA