A team of students from Costa Rican public universities won the first place for the North American and Central American region in the tenth “24 Hours of Innovation” global competition. 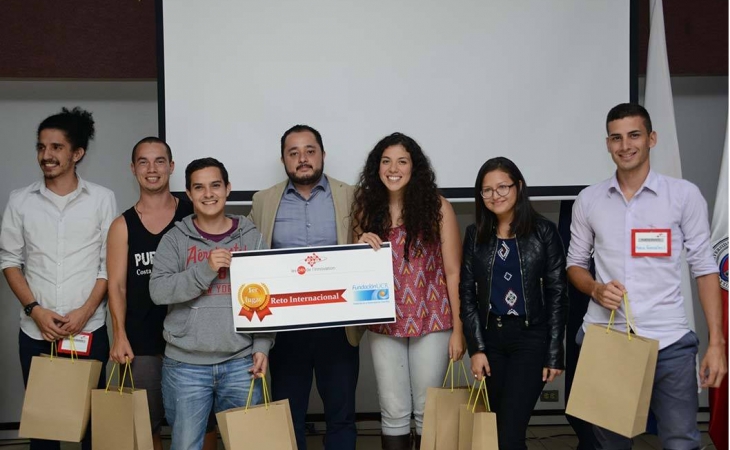 The winning team for Costa Rica and at the North America and Central American level is integrated by students from Costa Rican public universities.

This means that the Costa Rican team surpassed university teams from countries such as the United States, Mexico, Canada, and Panama in this important innovation competition.

The winning team is made up of students from the University of Costa Rica (UCR), the National Technical University (UTN), and the Costa Rica Institute of Technology (ITCR), also known as TEC. (SEE TEXTBOX)

They comprised team # 18, which had to face the challenge of looking for a system to recycle aircraft carpets.

This team was chosen by the national qualifying jury as the group that presented the best solution to this international challenge, among all the national teams that participated in the third edition of the "24 Hours of Innovation", held in the past month of May in Costa Rica.

This same challenge to recycle the carpets extracted from planes was proposed to other teams from all over the world selected in their respective countries.

Subsequently, the international jury chose the best solution proposed among teams from all over the world and also in the regions of Asia, South America, Europe and North America.

The students not only had to devise a solution to this challenge, but also explain their proposal in a two-minute video that was delivered at four o'clock in the morning of May 24, just like those from other countries (WATCH VIDEO).

In this video, the Costa Rican university students explain that currently in the world, there are about 20 thousand passenger planes, whose number could double in only 15 years. A plane has 750 square meters of carpets, which are changed sometimes every year. This means that about 18 thousand tons of carpets are discarded, which in most cases are incinerated.

The Costa Rican team explains that the carpets are mostly made of nylon and wool, so they could be crushed to obtain microfibers from those same materials.

The microfibers obtained could be used in the construction industry as an additive for cement; it increases resistance and reduces cracking and permeability. Currently, this additive is made of virgin microfibers of a thermoplastic polymer called polypropylene.

When using carpets removed from aircrafts, a waste product would be used instead of a virgin product.

By getting the first place for North America, the Costa Rican team of university students received a prize of 500 Canadian dollars.

The competition "24 Hours of Innovation" is carried out simultaneously during a full day in several countries, where young people must develop a project quickly and creatively, as a way to exercise entrepreneurial culture and innovation.

In French, this global competition is called "Les 24 h de l'innovation” and is organized by the School of Higher Technology (ETS for L'École de Technologie Supérieure) in Montreal, Canada.

In 2017, the tenth world edition was held, but it was the third time for Costa Rica, since the University of Costa Rica (UCR) hosted the competition for the first time in 2015.

This year, the competition in our country took place at the facilities of the National Rectors’Council (CONARE), on May 23rd, and the local award ceremony was on May 24th.

The organization was in charge of the five universities that make up the National Rectors’ Council (CONARE). Each university provided staff and resources to organize the event.

The Knowledge Transfer and Management Unit for Innovation (PROINNOVA) and the University Agency for Entrepreneurship Management (AUGE), attached to the Vice-Rectory for Research, were part of the national organizing committee representing UCR.

As our country is included in the North American region, the triumph of Costa Rican students is commendable, since they exceeded teams from Canadian, American, and Mexican universities.

The next edition of the national competition will be held from Wednesday, May 23rd to Thursday, May 24th, 2018. More information with Ms. Génesis Durán-Zúñiga, Manager of Promotion of Innovation, phone: (506) 2511-5773, email: genesis.duran@ucr.ac.cr, check here. 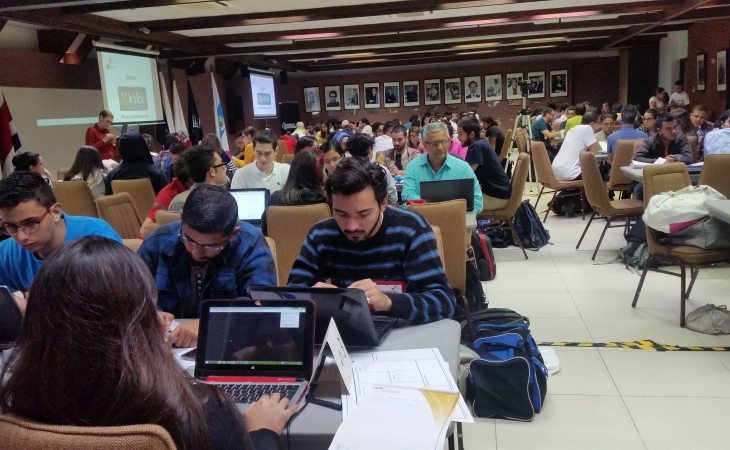 The national competition "24 Hours of Innovation" took place on May 23 and 24, 2017 at the facilities of the National Rectors’ Council (CONARE).