Costa Rican Scorpions Are Not Lethal for Humans

Although there are different species of scorpions in Costa Rica and genera of the most poisonous species of the southern and northern hemispheres of our continent converge in our territory, their sting does not cause public health issues or deaths from poisoning in Costa Rica. 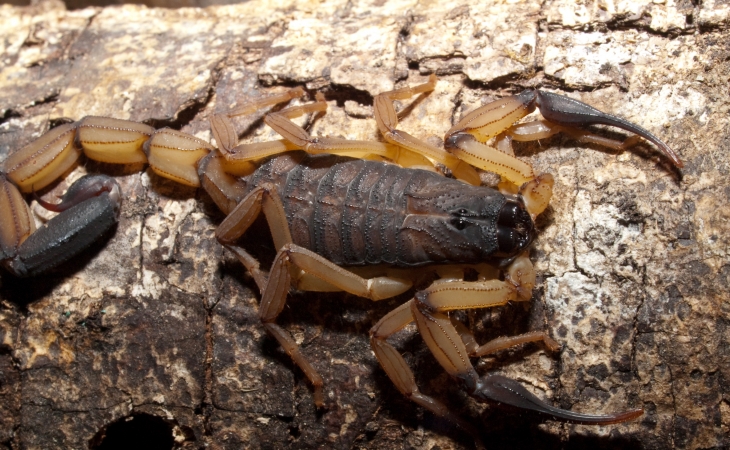 Unlike what happens in other countries and territories, Costa Rican scorpions, save for exceptional cases, do not represent a threat to the lives of people, so the production of antivenins is not currently considered necessary or even profitable.

In our country, although the number of cases of scorpion bites in humans has increased in recent years, no serious cases or deaths are reported, as does happen in other Latin American countries such as Mexico, Brazil and even our neighbor to the south, Panama.

This was determined by studies conducted by the Clodomiro Picado Institute (ICP) of the University of Costa Rica (UCR), with statistics from the Centro Nacional de Intoxicaciones [National Intoxications Center], revealing that in 1992 only 24 cases were reported, 206 in 1998, and in 1999 it almost doubled to 405.

The study is part of the research project "Characterization of scorpion venoms of the Buthidae family of Costa Rica and the creation of a polyvalent antiscorpionic serum through simultaneous inoculations", whose main investigator was Dr. Mahmood Sasa-Marín.

To carry out this type of research, first a collection of the different species that inhabit our country had to be created, which also increased the knowledge of the researchers on these arachnids, facilitated knowledge on the habits of the species, and perfected the extraction of their venom.

Based on that experience, the ICP researchers published a manual entitled “Managing a collection of scorpions in captivity,” available at the ICP for all those interested.

M.Sc. Gomez said that “after a series of analyzes, it is perceived that scorpionism in Costa Rica is practically non-existent. People who are stung have no adverse reaction unless they are allergic. Generally, only a local pain is easily dealt with, even without medication.” (Except the possible case of a girl in the Caribbean area, who died after being bitten by a scorpion).

In this regard, M.Sc. Gómez said that “in theory, one tends to think that being the most lethal genera with presence in the national territory; something should happen in Costa Rica. For example, Tityus pachyurus in Panama is reported to kill humans, we have it in Costa Rica, but it is not lethal.”

However, this situation could change in the future, but the country would already be better prepared, since it has moved forward in the study of the population of scorpions through this research from UCR.

Although the production of antivenin against scorpion stings is not considered necessary or profitable yet, the research was very productive in the field of basic biological science.

M.Sc. Gómez stressed that “in terms of bioprospecting, bioengineering or biotechnology, scorpion venom remains an interesting source of biocomposites, so much so that Cubans have blue scorpion venom as one of the main sources to find a cure for cancer.”

“We learned a lot and got plenty material to make several presentations in congresses; awards were won, and collaborative projects were sponsored with universities in Panama and Colombia that generated training in scorpion venom and proteomics”, explained the researcher.

In addition, biochemical analyzes of Panamanian scorpion poisons were carried out and through a biological taxonomic collaboration with experts from that country, it was possible to clarify that scorpions we were considering as Centruroides margaritatus, were rather Centruroides edwarsii. 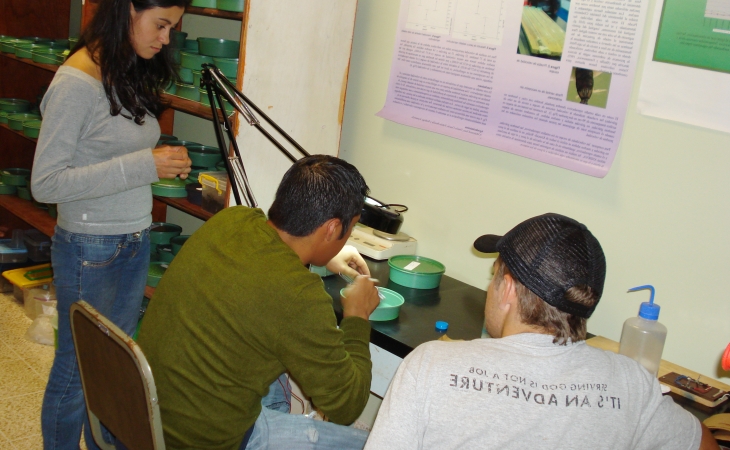 ICP researchers toured the country to collect scorpions and information on the different genera that inhabit the national territory.