The UCR Knowledge Transfer and Management Unit for Innovation (PROINNOVA) awarded recognition to the team of students from different public universities for winning the first place representing the North and Central American Region at the tenth “24 Hours of Innovation” world competition. 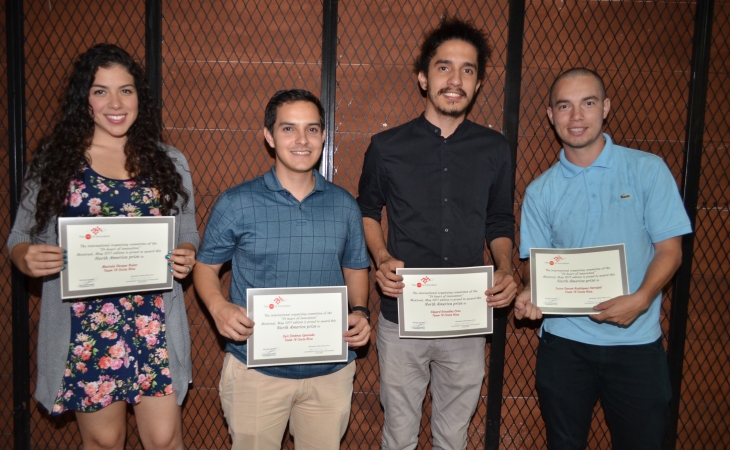 This winning team is made up of students from three national public universities. They are Brenda Paola Miranda-Álvarez and Luis Jiménez-Quesada from the University of Costa Rica (UCR), Edgard González-Coto and Mariela Vargas-Rojas from the Costa Rica Institute of Technology (ITCR), Mario Alberto González-León and Jason Steven Rodríguez-Carvajal from the National Technical University (UTN).

The projects of the Costa Rican students went beyond the proposals of university teams from the United States of America, Mexico, Canada, and Panama.

The students had to solve the challenge of looking for a way to recycle some 18,000 tons of aircraft carpets that are discarded annually when they are replaced from airplanes, a challenge that was also posed simultaneously to other teams around the world.

An international jury chose the best solution proposed among teams from all over the world, but also at the level of the regions of Asia, South America, Europe, and North America.

Participants from our country suggested that since the carpets are mostly made of nylon and wool, they could be shredded to obtain microfibers of the same materials, which can be added to cement and increase its strength and reduce cracking and permeability.

Thus, a waste product would be used instead of the virgin product that is currently employed as a thermoplastic polymer based additive called polypropylene.

By winning first place on behalf of North America, the team of university students received a prize of 500 Canadian dollars.

The Costa Rican students received a certificate sent from "24 Hours of Innovation" headquarters in Canada.

Then, a motivational talk on innovation and entrepreneurship was given by Mr. Milton Rosales- Arce, manager in comprehensive human development, as well as short presentations of some AUGE incubation projects and a conversation was held with the honorees on this topic.

The global competition "24 Hours of Innovation" is carried out for a full day simultaneously in several countries.

During the competition the participants must develop a project quickly and creatively, as a way to exercise entrepreneurial and innovation culture.

This global competition is called "Les 24 h de l'innovation" in French and is organized by the School of Higher Technology (ETS for L'École de Technologie Supérieure), of Montreal, Canada.

The Knowledge Transfer and Management Unit for Innovation (PROINNOVA) and AUGE, attached to the Vice-Rectory for Research were part of the National Organizing Committee on behalf of UCR. 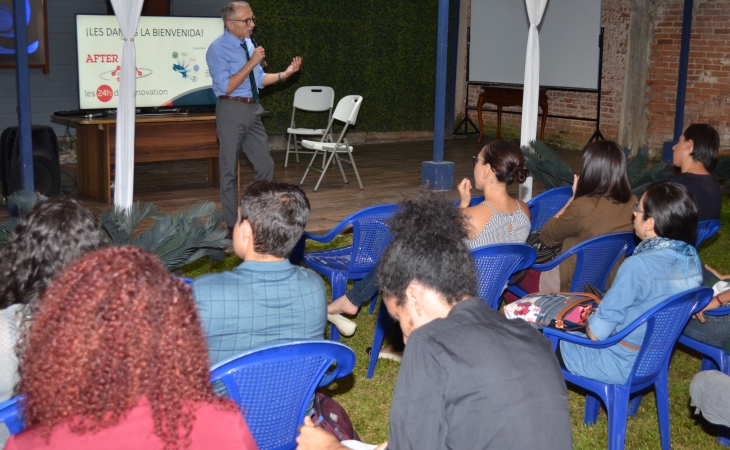